Waste isn’t waste when it has a value

Mr Green Africa CEO, Keiran Smith, explains why he believes the perception of waste must change and how this will have a hugely positive impact on society and the environment. 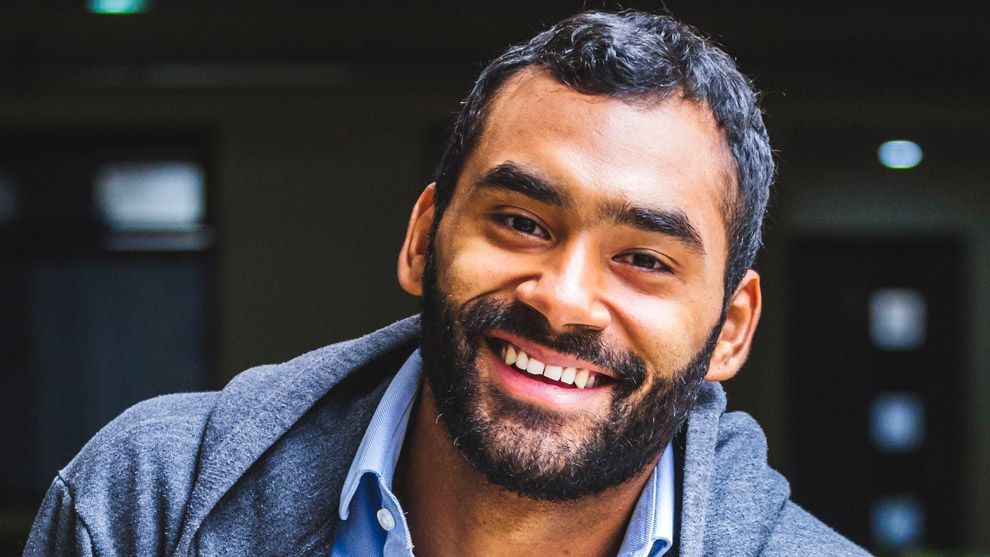 Keiran is passionate about changing the future of recycling in emerging markets by alleviating the suffering and large-scale disadvantage of informal waste pickers and their communities. He set up Mr Green Africa with a business model that illustrates shared value at its best.

The problem we're helping to address

Waste management is a huge issue in Africa and Kenya’s capital, Nairobi, is no exception. The city produces around 2,400 tonnes a day, of which roughly 60% is collected and only around 10% recycled. The rest is dumped illegally or burned.

But there’s a group of people who have spotted an opportunity: to collect waste and sell it on. They aren’t employed by anyone. These are marginalised people who are simply trying to scrape together a living to survive. As such, they are routinely exploited by traders who pay them a pittance or don’t buy from them at all.

That’s what we’re trying to address through Mr Green Africa. We see these waste pickers as invisible heroes. They are the ones creating the most value in the whole waste-recycling chain. They are also making a positive contribution to society and the environment.

We guarantee pickers a premium price, so they can make a higher, stable income. This means they can help themselves out of poverty and, importantly, regain their dignity.

We are able to offer a good price because we have an integrated process, which means we bypass the usual traders, sorters and transporters – middlemen who all take a cut along the way.

We benefit by getting a regular supply of recyclable plastic (that’s what we’re concentrating on at the moment), which we process into a valuable raw material. This feeds back into the plastic manufacturers’ supply chain, enabling them and their customers to save costs and achieve their circular economy goals. We’re currently in talks with Unilever about using our material. 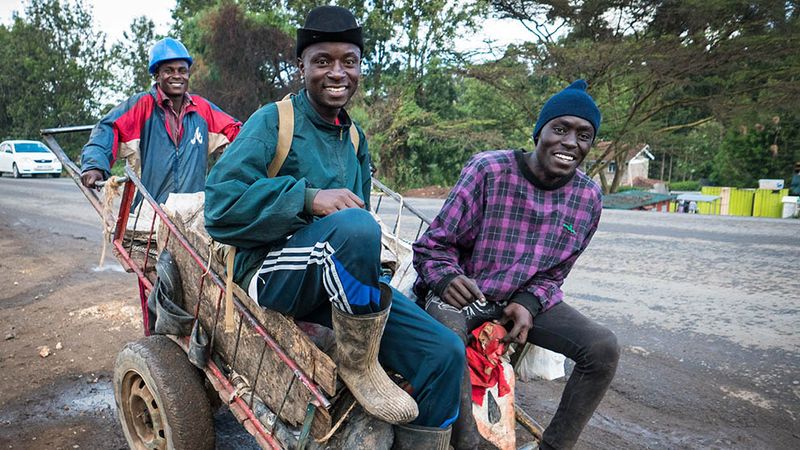 We see these waste pickers as invisible heroes. They are the ones creating the most value in the whole waste-recycling chain. They are also making a positive contribution to society and the environment. Keiran Smith

It all started in Switzerland

Household recycling in Switzerland – where I’m from – is inconvenient. People have to separate items, then drop them off at different places. As residents, we were willing to pay someone to collect it, but no-one offered a service. So we started one, collecting Mr Green bags – which contain unsorted recyclables – once or twice a month from outside subscribers’ homes.

What we didn’t know when we established the model was that, at the other end, there were recycling firms wanting to buy that material.

This is how I got introduced to the idea that this isn’t waste – it has a value. So, I started looking at how I could have more impact. My research pointed to Kenya because it had a recycling ‘industry’ but it was pretty unstructured.

With Mr Green in Switzerland, I was helping to change my environment. In Kenya, I’d be changing people’s lives. That was a powerful incentive.

The New York of Africa

When I visited Kenya for the first time, I was taken with the vibrancy of the place and the fact that there were opportunities everywhere. The more time I spend here, the more excited I get.

I see Nairobi as the New York of Africa. Locals and curious minds from across the world are trying new things. People have an intrinsic desire to create businesses that help society.

And it’s not that the ‘west’ comes and shows Kenya how it’s done. Innovation is happening here, then going global. The mobile wallet service M-Pesa is a great example. It started in Kenya and now has around 30 million users in ten countries.

A cup of tea and a chat

One challenge we face is getting a regular supply of recyclables in big enough quantities, because most pickers don’t see it as a worthwhile job. So, the turnover is high.

We’ve tried various ways to build loyalty. At one point, we gave them gloves and overalls, but they sold them. The extra cash meant more, and we understand that.

We found out that actually, besides money, they value their respect and dignity. The most successful thing we do is give them tea and biscuits once a week. It’s a moment of peace and a chance to chat before they go back out into the world. This builds trust and strengthens our relationship.

We also use technology to track an individual’s activity and advise them how to boost their earnings. The reality is, most could get at least the minimum wage, just like many other workers in the city. 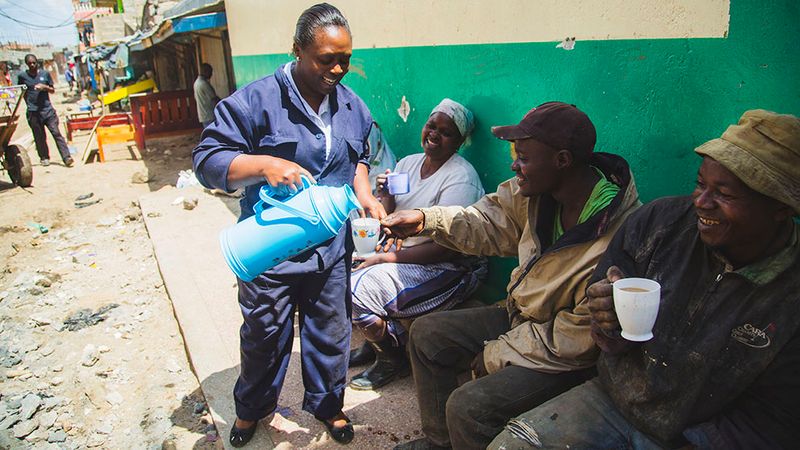 It’s a moment of peace and a chance to chat before they go back out into the world. This builds trust and strengthens our relationship. Keiran Smith

Waste as a commodity and purchase driver

We will start to see a shift in the perception of waste. Every type will become a commodity and have a value, making it worthwhile to be involved in.

In time, I can see consumers getting a value back after consumption and will make purchase decisions based on maximising this return. This is where Mr Green Africa and companies like Unilever can also partner: making the act of recycling, the start of purchasing a particular product.

Expanding what we do and where

We’re currently looking at various technologies, such as chemical recycling. This deconstructs plastic back to its polymeric state to create food grade resin – the same quality as virgin – so 100% can be put back into the industry. And we’re constantly exploring ways to process any type of waste and convert it into its highest possible value.

Ultimately, I would like to see the model we’ve built here in Kenya be picked up and adapted in other markets, especially places where the inclusion of the informal sector could potentially help the environmental and social issues associated with waste.

My advice to other changemakers

From a business point of view, think through the different players, and create value for most if not all of them. From a personal perspective, be crystal clear about your values system because then it’s easier to overcome the challenges and make the tough decisions you will inevitably face.